Where are our migration options?

In closing question section, we are not showing a migration list. 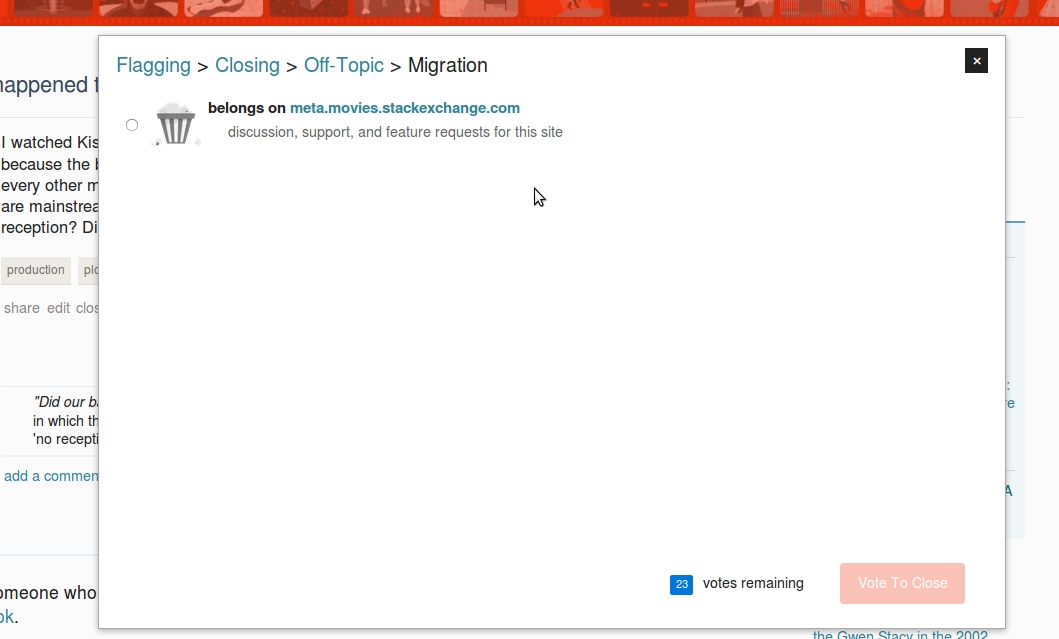 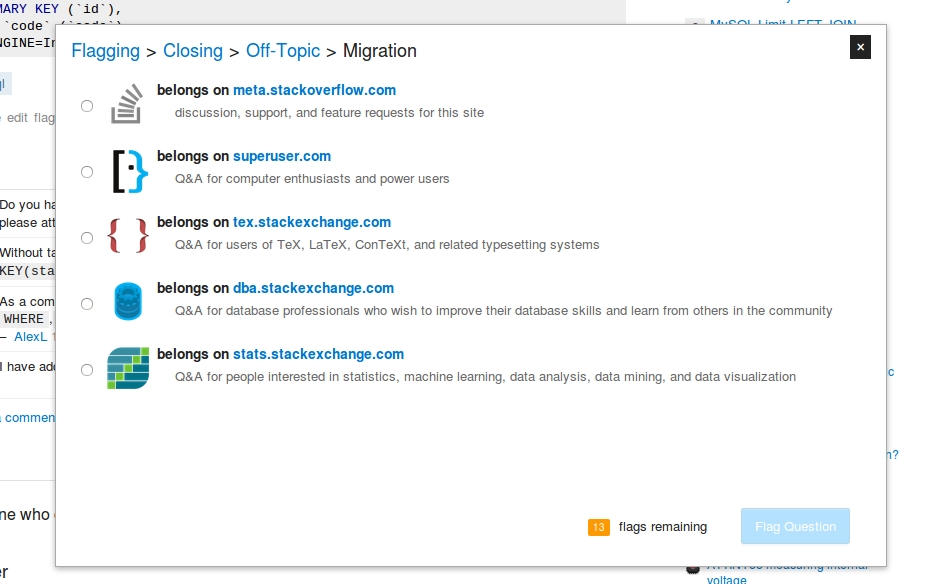 Similarly in http://scifi.stackexchange.com movies and TV not coming in there migration list.

Both SF&F and M&TV are graduate and can bring cross post, so is it not good to provide them as migration option on each other site to make the migration handy.

You pose a good suggestion, but let's look at this a little closer. We can take a look at our off-migrations here (well, 10kers at least). This shows that over the entire lifetime of the site we have migrated a whole lot of 29 questions away from us, to the following sites:

So migration away from here doesn't seem a particularly common event, occuring 7 times in 2014. This means, a migration path doesn't really seem necessary, since there is no need in artificially rising the frequency of migrations. A migration should really only be done if the question is entirely off-topic here and not if it would just maybe get a "better answer" over at another site. If an asker explicitly wishes his question migrated, then he can always flag it for moderator attention and ask his question to be moved over.

The reason why there is in turn no migration path to us on Science Fiction and Fantasy is elaborated in this related question and is due to the fact that many users over there are unclear about the intricacies of things being on/off-topic on Science Fiction and Fantasy and would thus be inclined to vote for migration more often than actually necessary. So it would thus be better for them to leave the migration decision upto the moderators' discretion once something is clearly off-topic instead of making it a community vote.

I don't know if we would face the same problems with users prematurely voting for valid questions to be migratd away (though, iandotkelly's insight as an actual moderator, as presented in his below comment, could suggest so), but for now migration paths just don't seem necessary anyway, since the currently less than 1 migration per month seems tacklable by explicit moderator decisions without any problems.