Why is it telling me that I flagged a question as a duplicate when I didn't? 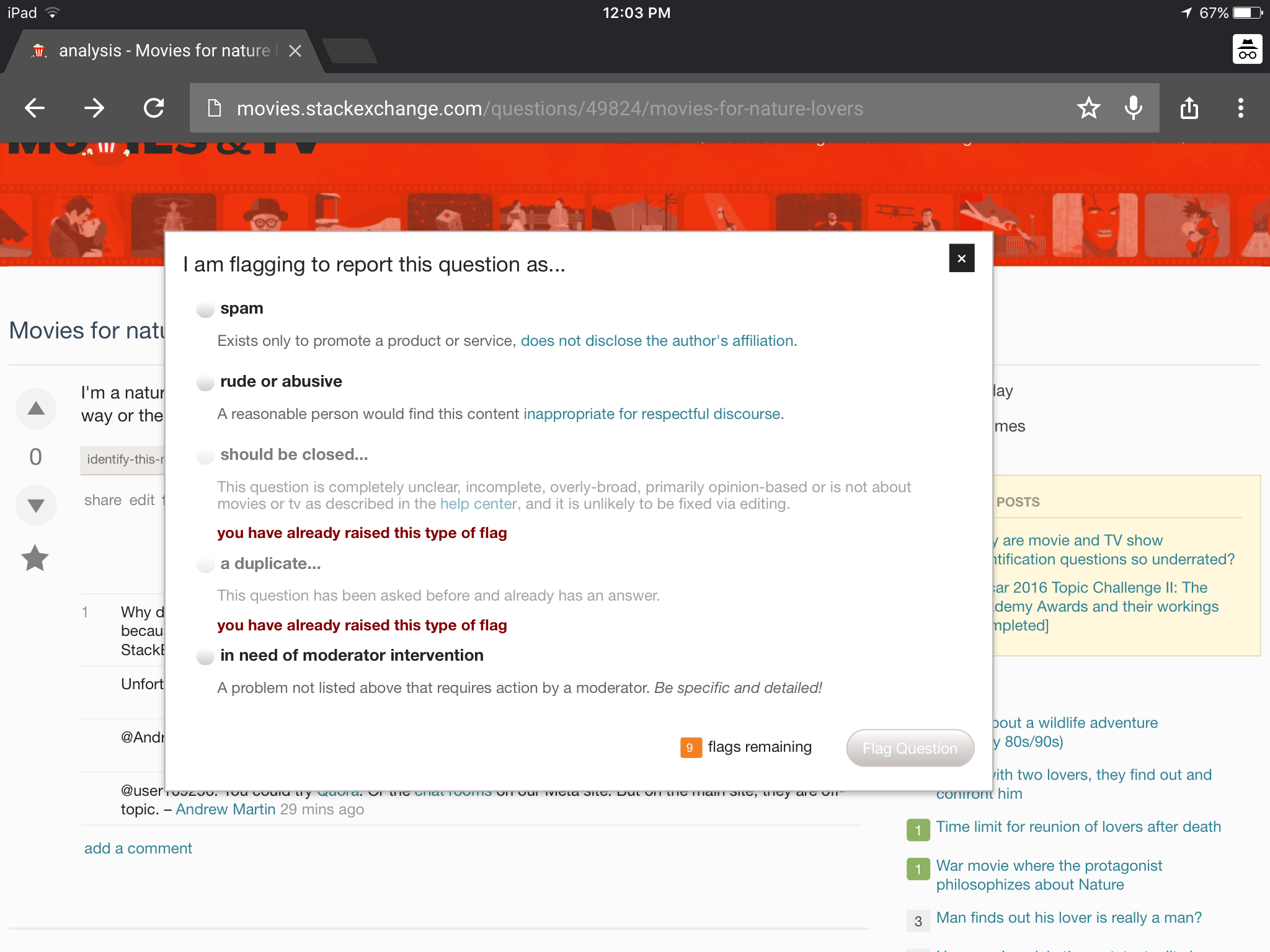 Note that it says you already issued this type of flag, not directly this flag.

This is simply due to the fact how flags are categorized. You already issued a flag for closing the question. Closing as "duplicate" and closing as "too broad" both just issue close flags with all their implications (i.e. putting the question into the close vote review queue). Allowing you to flag it for yet another close reason would be similar to allowing users to close-vote a question multiple times. This is also explained in this general question on the main meta. (Why it has a separate point in the flagging dialogue in the first place when it doesn't in closing dialogue I can't really tell you, though).

This is similar to how "spam" and "rude or absusive" behave. They also belong to the same category and come with similar effects. Thus if you issued a "spam" flag it would then also tell you you have issued "this type" of flag for "offensive" flags. This is in turn explained in this question on the main meta.

Not the answer you're looking for? Browse other questions tagged bug status-bydesign flagging .

4
Why can't I suggest an edit on some questions?
4
We're looking for long answers that provide some explanation and context
1
Bug when sorting by votes?
10
How should moderators respond to 'not an answer' flags?
1
Is the flag counting on the site working properly?
7
To understand why this flag got declined
2
Why was my flag declined at first when it was justified later?
1
Understanding "not an answer" declined flags