How did you get the warning popup implemented for identification questions? 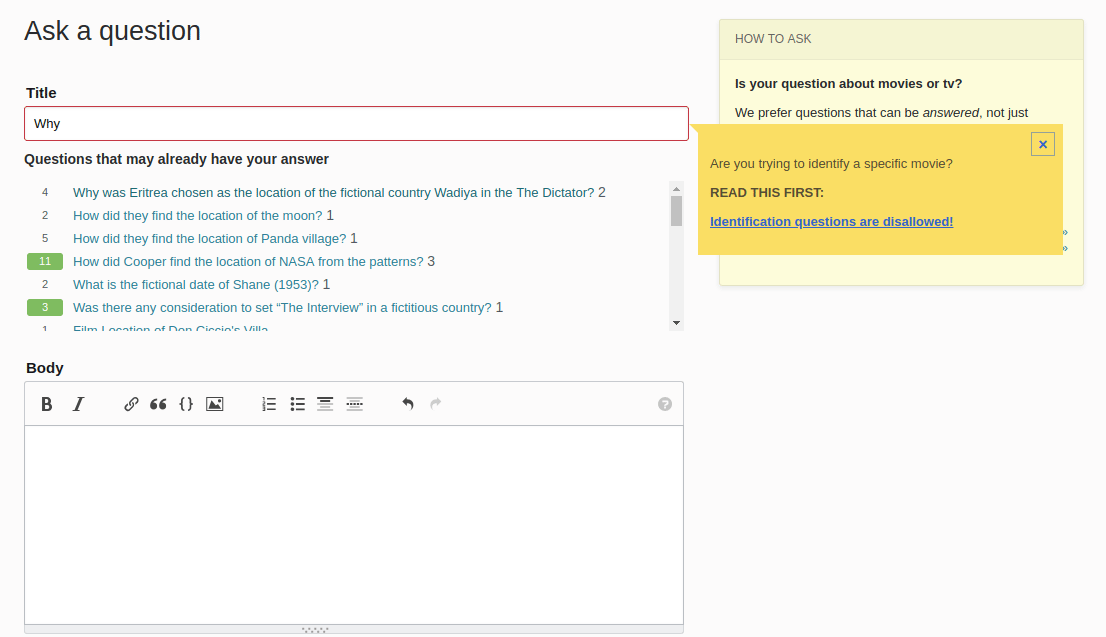 There are actually two different popups (both existed even before banning identification questions, just that they were both warnings, now one is an error).

Both those things however are things that even the per-site moderators cannot add (or update) on their own. They have to be implemented by SE employees. However, as with all such things the usual way to get them implemented is issuing a feature-request on the respective site's meta, gathering some traction for it and fleshing out the details, and then getting the local mods to ask SE to put it into action.

-71
We are discontinuing support for identification questions
6
Automatically remind users for the age, country and language of a film
3
Would it be possible to automatically check "identify-this-x" questions?

4
How to deal with questions with a clearly wrong premise?
8
Thou shalt not put two questions in one post!
6
Let's make the ID-close reason text & explanation more useful
5
How to properly close recommendation questions?
16
Statistics on identification questions and their askers
1
Question got reputation for 2 upvotes but showing 1 upvote in the post
10
Should a link to the FAQ post for list of external sites be added to the identification close reason?