Statute of Limitations on Spoilers?

It seems odd to me to see the spoiler markup on a question about a movie from 1980. i.e: What does the scene during the ending represent?

Should there be an age-limit on spoilers? One would think given a reasonable amount of time since a movie's release one would have figured out how to avoid information about it and/or have watched it already.

See: Policy for spoilers on fiction or literature sites?

But the gist of it; there is no policy network wide. If most of your question uses the spoiler markup don't use it.

I already removed the spoiler markup for that question.

If a movie came out 10 years ago, I really would like to think you were spoiled in some way or another between now and then. You really are not going to watch the movie the day or even the week after you saw the question.

There are even two tags there

This should hint to someone who doesn't want to be spoiled not to click on the question.

For example this is a problem in my opinion. 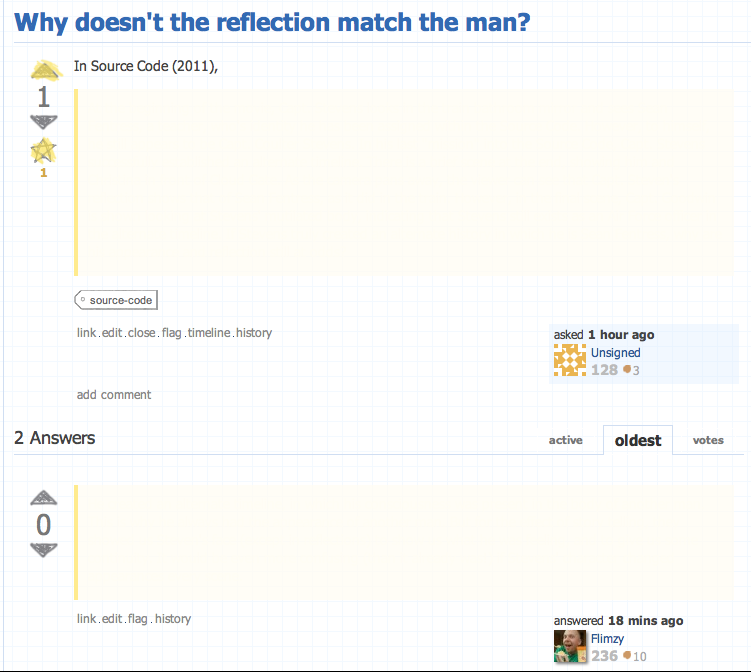 I totally disagree. Just because a movie came out in 1980 and I haven't seen it in 2011 does NOT mean that I'll either never see the movie or have already heard/seen spoilers at some point already.

I took half a dozen film classes in college, and many of the movies I watched there I had never heard about until I took that class. One of them was Metropolis - it came out in 1927, but how many people in the world have actually seen it? There are additional movies that professors recommended we watch if we had the time or inclination that are on my To Watch list but I haven't been able to hunt down or make time for in the past few years. That doesn't mean I never want to watch them and that I won't watch them. It means I have a Very Long List, and Netflix only has so many of them available on Instant Watch.

Now, having said that, I'm not going to insist that there be spoiler markup on every question that talks about the ending of a movie. As Alonzo mentioned, there are (at least should be) other clues that allow people to avoid questions they don't want to be - tags are useful for that. As has been stated in other discussions elsewhere on the network, spoiler markup is a courtesy thing. I do think if someone uses spoiler markup, no one should go back to edit it out, even if you personally think that there's no reason for it. If the OP felt like being polite, let them be polite.

A separate issue is the one of the entire body of a post being spoiler markup. But that's a different conversation, taking place on a different meta thread.

Not the answer you're looking for? Browse other questions tagged discussion spoilers .

23
Are we overusing the spoiler markup?

7
Spoilers In Question Title
10
Setting distinctions between TV series and books/source material: what's acceptable?
12
2015 Moderator Election Q&A - Questionnaire
18
How to deal with Spoilers
0
Is “Deleting images out of other peoples' answers is a no-no.” on this site?
14
Are spoilers a reason to get downvotes?
2
Can spoilers be removed from the HNQ?